Designs have been released for the M51 Concepts Swell superyacht concept

Led by head designer Anthony Glasson, the M51 Concepts Swell superyacht concept has surfaced the industry, featuring a penthouse styled interior atrium and gigantic multi-story jellyfish aquariums. Proposed with a distinctive “swell” motif, the design of the yacht’s profile was inspired by the motion of the ocean. Sounds sexy doesn’t it?

The 1,400 GT interior of the yacht is intended to be open to the outer world. Along with blue tones and big glass windows that direct the eye to the sea-level horizon, there are wavy, curving lines all throughout the place. Onboard, minimalist themes can be found within the superyacht’s meticulous interior design.

Steel makes up the M51 Concepts Swell superyacht concept’s hull, and its superstructure is made of lightweight aluminum. Eight cabins, including four on the main deck and four on the lower deck, can sleep a total of 12 people. Formal dining, lounges, and a bar encapsulates the yacht’s entertainment areas, including floor-to-ceiling multi-level windows. Did we mention that there’s even a double-deck jellyfish aquarium!? 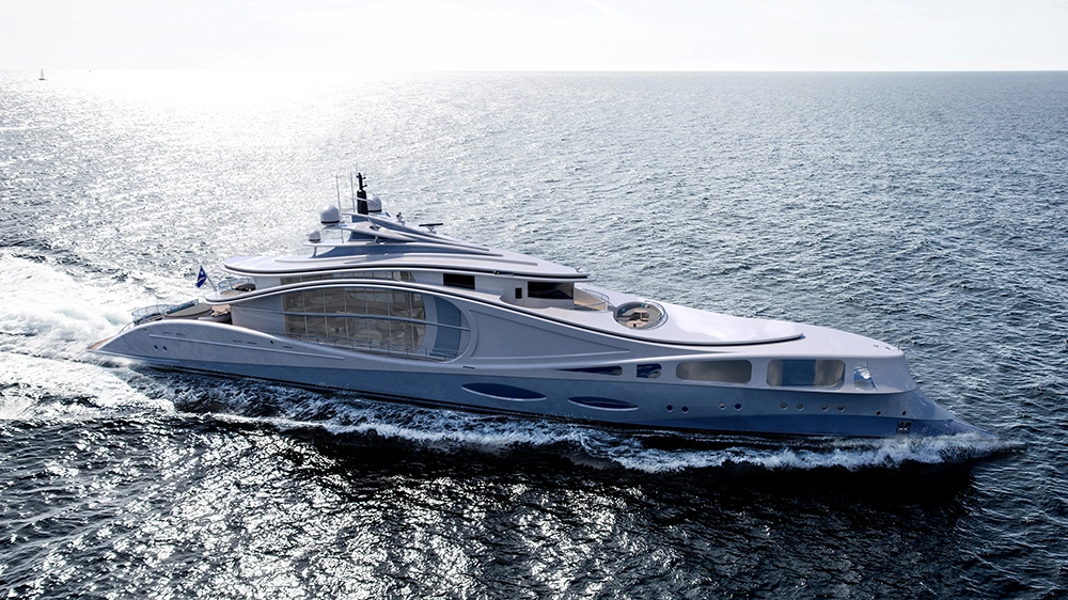 A sizable swimming pool, a jacuzzi, and numerous sun loungers are available on the yacht’s exterior. Other amenities for onboard passengers include a gym, wellness center, and a full-beam garage that can hold two tenders and a few jet skis.

Designed with hybrid propulsion technologies, the M51 Concepts Swell superyacht concept can be constructed with a single main engine, three electrical generators, and a battery pack, depending on the options selected from potential customers. The Swell has a range of roughly 6,000 nautical miles, though M51 concepts did not provide a max speed.

Glasson, an engineer with extensive experience in the superyacht sector, has stated that M51 Concepts aims to produce “modern, stylish, and functional yacht designs.” Take a closer look at the Swell superyacht below.