When it debuts on the market next year, the 2024 Mercedes-AMG C63 S E Performance is certain to be a popular choice due to its high specs. First off, this sedan uses the most powerful four-cylinder engine in the world in the front with a two-speed electric motor at the rear to deliver an astounding 671 horsepower and 752 ft lbs of torque to all four wheels.

The Mercedes-AMG C63 S E Performance is expected to be improved by the new plug-in hybrid arrangement that replaces the twin-turbo 4.0-liter V8. The new engine reduces turbo lag while using an electrically powered turbocharger arrangement similar to the one in Mercedes-AMG’s Formula 1 race car.

In addition, the two-speed electric rear motor powered by the same 400-volt battery system adds an additional 201 horsepower to the engine’s already potent 469 horsepower. The C63 S experiences an immediate acceleration boost — even the pre-spun turbocharged gas engine up front cannot get it going before the torque kicks in.

A new drift mode makes use of the electronically controlled rear limited slip differential. Mercedes claims a high level of agility due to the electric motor’s instant torque combined with the integration of the differential. A mechanical connection between the hybrid powertrain components ensures that the power will be delivered to the appropriate wheels via a variable AWD system when switching to one of the eight selectable “AMG Dynamic Select” drive modes.

With a weight of about 196 lbs, the battery of the Mercedes-AMG C63 S E Performance is incredibly light by today’s standards. Additionally, it’s positioned above the assembly of the rear motor and differential, helping weight distribution. The battery is constructed so that coolant circulates individually around each of the 560 cells. Because of this, the Mercedes AMG 400v system can remain cool under all conditions, including those involving various levels of charge and discharge. 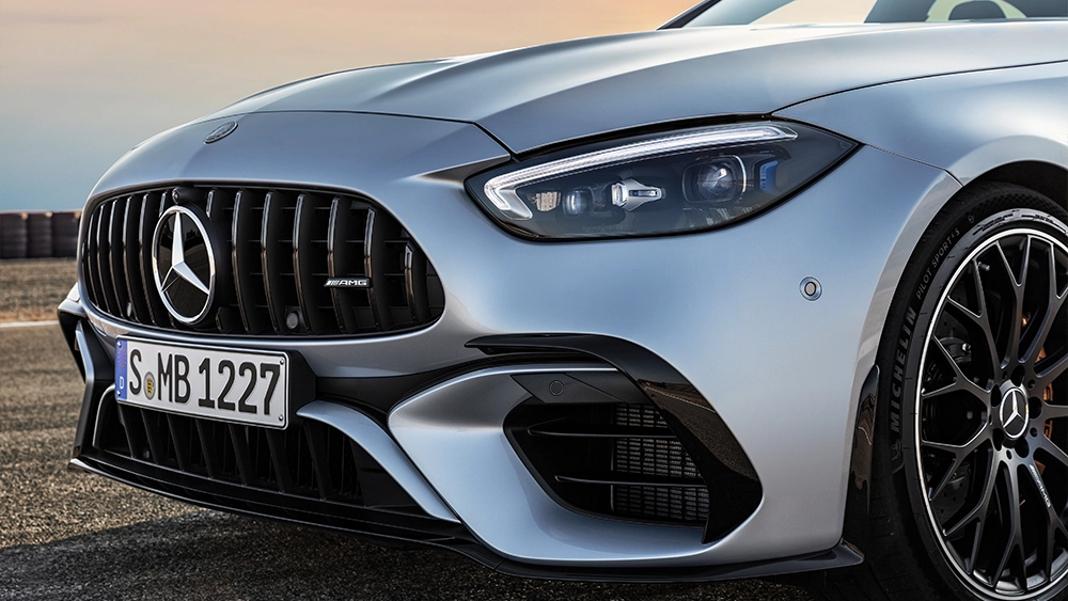