This weekend, the Vertical Aerospace VX4 eVTOL took off with a pilot aboard

A full-scale demonstrator model of the Vertical Aerospace VX4 eVTOL has been successfully flown and tested by the British startup. This was the fourth stage of the company’s six-stage flight test program. The airplane was tethered to the ground for safety as its aerodynamic propellers lifted it five feet off the ground at hover-thrust.

In order to demonstrate that the aircraft satisfies safety standards, the company claimed it chose to fly the first Vertical Aerospace VX4 eVTOL hover test flight with a pilot on board. After proving that the test could be completed safely, Vertical had to get regulatory approval from the UK’s Civil Aviation Authority (CAA) in the form of a “Permit to Fly”.

“This test represented the culmination of many months preparation by a huge team and being at the controls of the VX4 for the first time was an honor and a proud moment for us all,” said Vertical Aerospace’s Chief Test Pilot, Justin Paines.

The Aerospace Technologies Institute, a government-industry initiative in the UK that creates technology strategy for the UK aerospace sector, also supported the test flight program. According to the company, this full-scale prototype was the first British-built aircraft to be launched in the past 20 years. Vertical hopes to be certified by the CAA and the EU’s EASA by 2025.

With a 100-mile range, the Vertical Aerospace VX4 eVTOL can travel at a top speed of 200 mph and a cruise speed of 150 mph while carrying four passengers along with a pilot. More than 1,400 pre-orders from commercial airlines including Virgin Atlantic, American Airlines, Japan Airlines, and Air Asia have already been made. 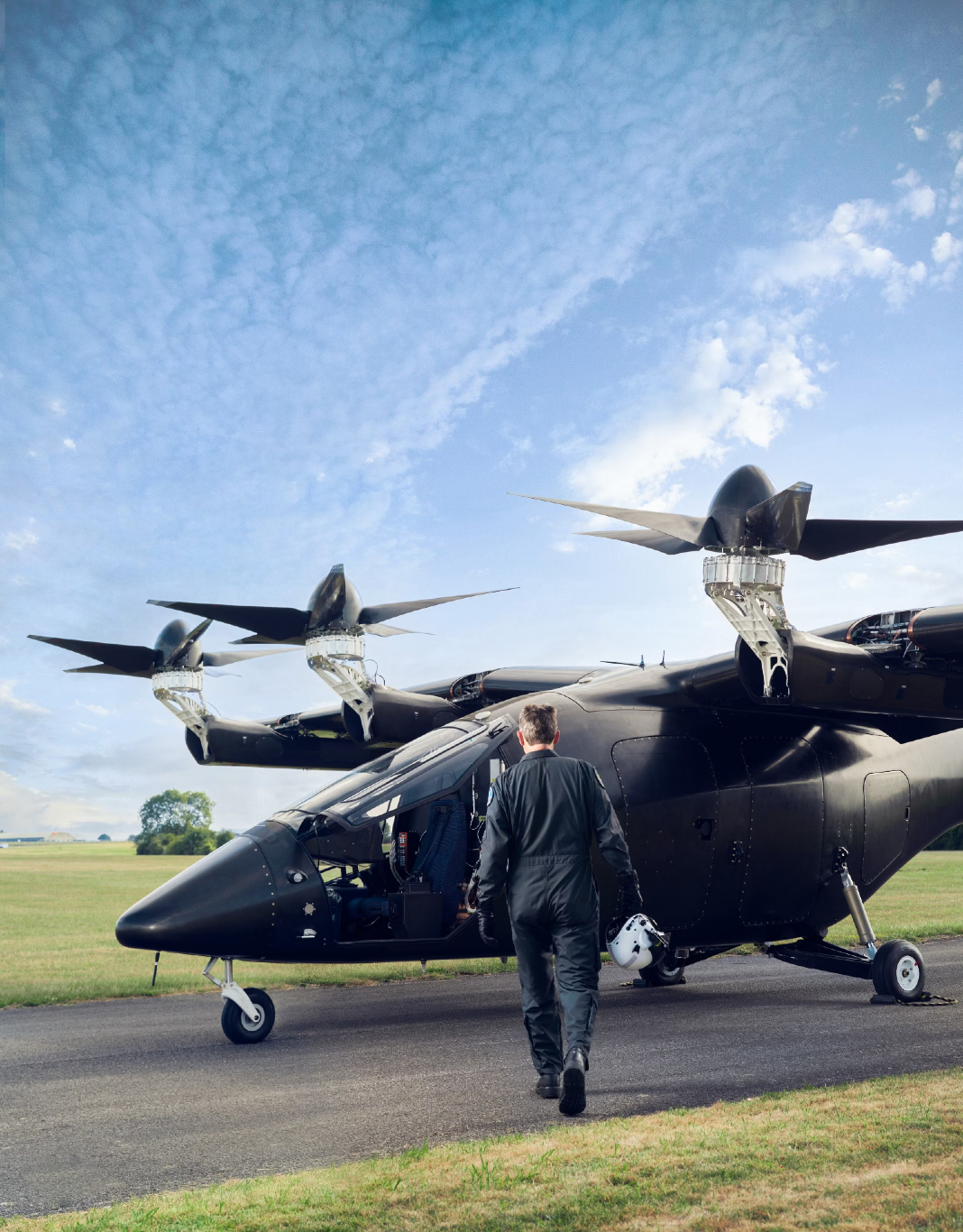